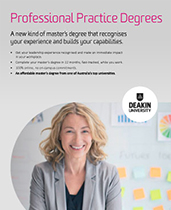 Age-old arguments have littered perceptions of what women should, and shouldn’t, be doing. For a long time, women have been underrepresented in positions of leadership and power.

It took over 100 years for Australia to appoint its first female Prime Minister.

A 2008 study published in Research in Organisational Behaviours found that women were perceived as being less competitive and ambitious than men at work.

In 2019, despite representing 50 per cent of the workforce, Australian women still only held 18 per cent of CEO positions.

But now, these ancient barriers are beginning to crumble. Opportunities are evolving for women and we’re seeing the benefits of having women in leadership across many industries worldwide. Women are rising through the ranks of leadership and are increasingly being offered equal opportunities in career progression.

Postgraduate courses are helping to bridge the gaps in industries where women have historically been a minority. Online leadership courses are now giving women the opportunity to advance their careers, no matter which stage they’re at in their lives. Online study has been influential in helping those who may have previously been hindered by work or family commitments.

There’s still a long way to go, but the future is bright.

Thankfully, it is evident that society is changing every day for the better. The success of an increasing number of Australian women in leadership roles, proves the benefits of inclusivity. In fact:

Female managers are also leading the way through the pandemic-related burnout felt by employees nationwide. Studies show that female leaders are more likely to: 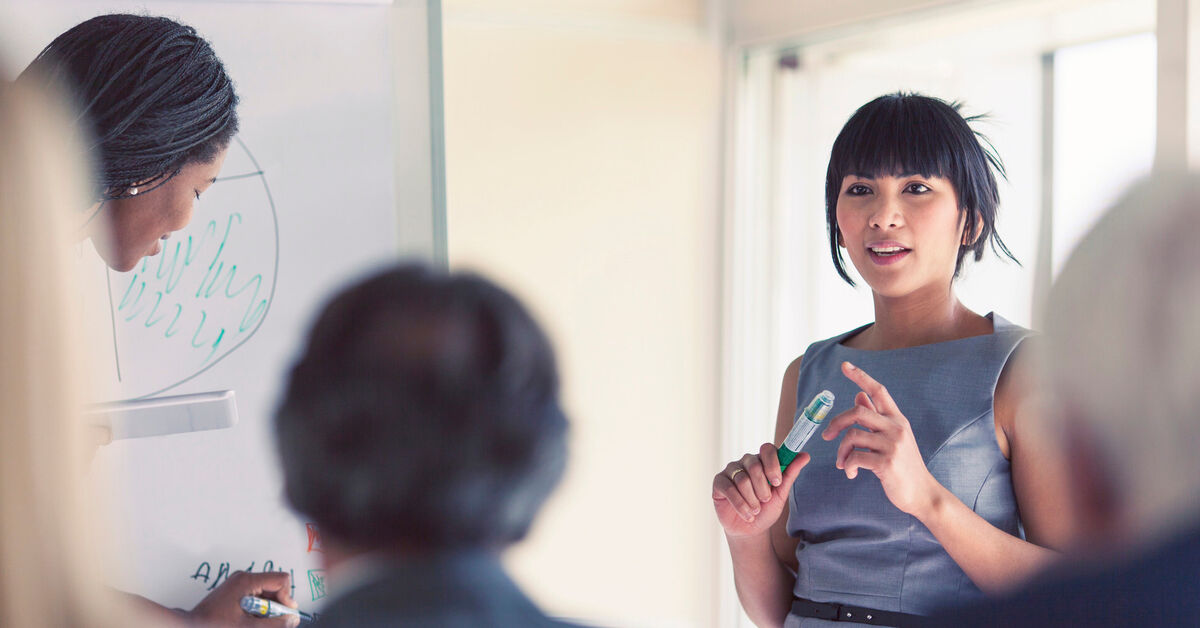 With more successful women employing other women, and attitudes towards women changing, the future looks very promising for women in leadership.

How can we support our young women to be leaders?

Angela Robinson, our Master of Leadership graduate and Education Manager at Only About Children, believes that offering a strong role model to look up to is important for both children and other women who want to move into leadership roles.

She deems her ability to influence and support young girls as an important part of being a female leader.

‘We do a lot of work with children around gender bias, such as not having to play with the pink toys just because they’re girls,’ Angela explains. ‘Making sure all children have access to this will help grow future leaders.

‘We need to show that women in leadership can still be empathetic. You can have a family and a life while creating the same - if not better - career outcomes as your male counterparts.’

Angela also sees opportunities for women to turn their passions and emotions into a strength that will help their businesses to thrive through crises like the pandemic.

‘An important part of decision-making for leaders is understanding and empathising with the emotion or significance that goes with particular circumstances. This is a strength that many female leaders can present and be proud of,’ she says.

It’s also a leadership quality that’s already proving powerful when it comes to employee retention, innovation and inclusion. Acknowledging the strengths and positive impacts of female leaders is how we’ll promote female leadership.

Successful women in leadership who are setting a new standard

There’s no better example of an empathetic female leader than New Zealand’s Prime Minister, Jacinda Ardern. Managing a young family, she still meets and exceeds the needs of her leadership role.

During her term in office, she’s successfully navigated her country through several natural disasters, two terrorist attacks and a global pandemic. And she’s done it all while maintaining her compassion and empathy for the people she serves and starting a family of her own. When the city of Christchurch was mourning the loss of 51 victims in a terrorist attack, Prime Minister Ardern was on the scene within 24 hours, comforting her people and speaking to the members of the devastated local Muslim community. This display of support and care has shown the world that great leaders are empathetic leaders.

From her humble beginnings working in a plastic flower factory, Joey is now the CEO of the largest chain of restaurants in China.

During the pandemic, she kept stores open to ensure all her employees had jobs and provided free food to frontline workers.

She demonstrated that people’s welfare meant more than profit in times of exceptional circumstances.

Australia’s highest-paid CEO presents a powerful role model for both girls and boys by turning traditional gender roles on their heads. Her husband is a stay-at-home-father, while she steers the Macquarie Group towards climate-resilient investments.

Her changes in policies around flexible working arrangements and child-care costs will help to ease the way for the next generation of female leaders. 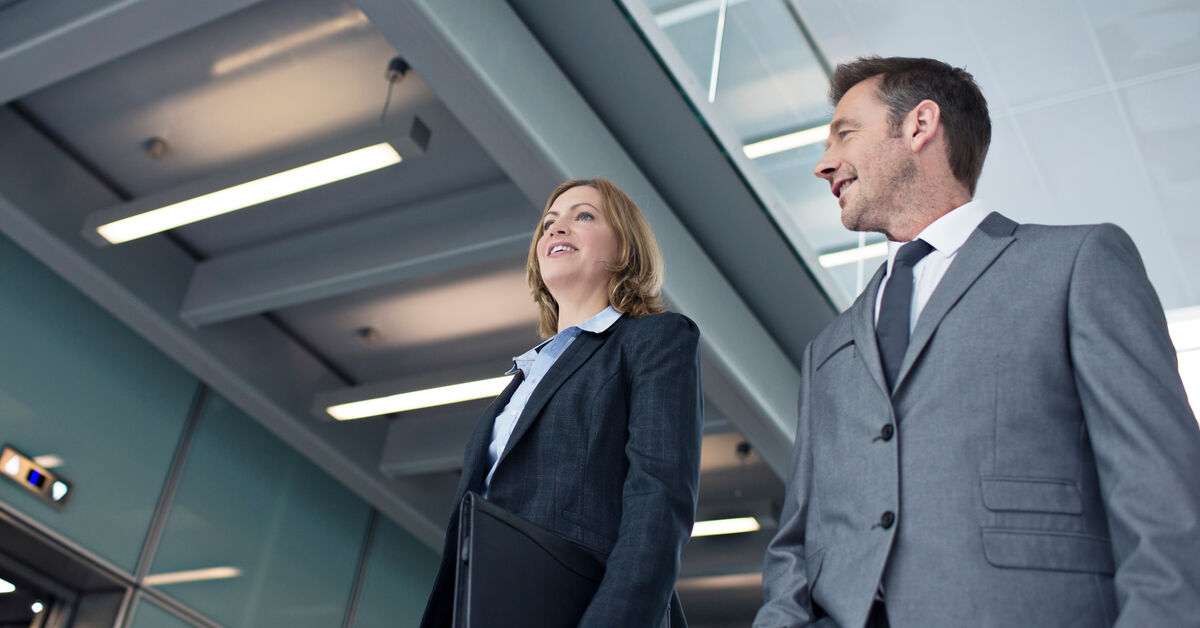 The future of women in leadership

A large barrier that still exists is the limiting self-belief that many women have about their own abilities and experience.

Angela agrees that this is a significant problem. ‘It's crucial for women who want to take up a career in leadership to believe in themselves,’ she says.

The good news is that Deakin University’s Master of Leadership degree recognises and verifies the experience of senior professionals via the Professional Practice credentials.

Every one of the 10 Professional Practice Credentials in our Master of Leadership assesses a capability that’s highly valued in leaders, such as critical thinking, problem-solving, and leading and developing people.

After graduating from the course, Angela was already putting her leadership skills to further use. ‘It was actually quite overwhelming to realise how much I’ve achieved in my career,’ she says.

‘...I could use those same personal leadership skills to influence my organisation’s decision about what my job would look like. I designed a role around what I wanted to achieve, based on my passions.’

She has also replicated the training package she created for the research part of her degree across her organisation to help with resilience and leadership training.

‘The degree was designed to let me choose how I used it to benefit not only my career but my organisation and emerging leaders as well,’ she adds.

The Professional Practice credentials were also a key benefit of the course for recent Deakin graduate Danette Oughton. Initially enrolling because of the flexibility online study offered, Danette soon discovered the course itself had fuelled her desire to be a better leader.

‘The credentials validated a wide range of skills and practices that I use in my everyday work,’ she says. ‘They helped me to reflect on areas that I could improve, supporting me in becoming a better leader for both my team and my organisation.’

Deakin’s Professional Practice degrees are a unique way to attain a postgraduate degree, using your current skills to fast-track your leadership qualification.

The future is ready. Are you?

There will always be stumbling blocks for anyone who wants to use their skills and leadership qualities to further their career, so it’s important to have the knowledge and skill to navigate these hurdles.

A Master of Leadership degree will build your knowledge in leadership foundations and practice to enhance your existing skills to deliver real change.

Our course is 100 per cent online and flexible, allowing you to maintain your career while completing your studies.

Our Course Advisers can help you with any questions, including:

Speak with one of them today by:

requesting a call back.